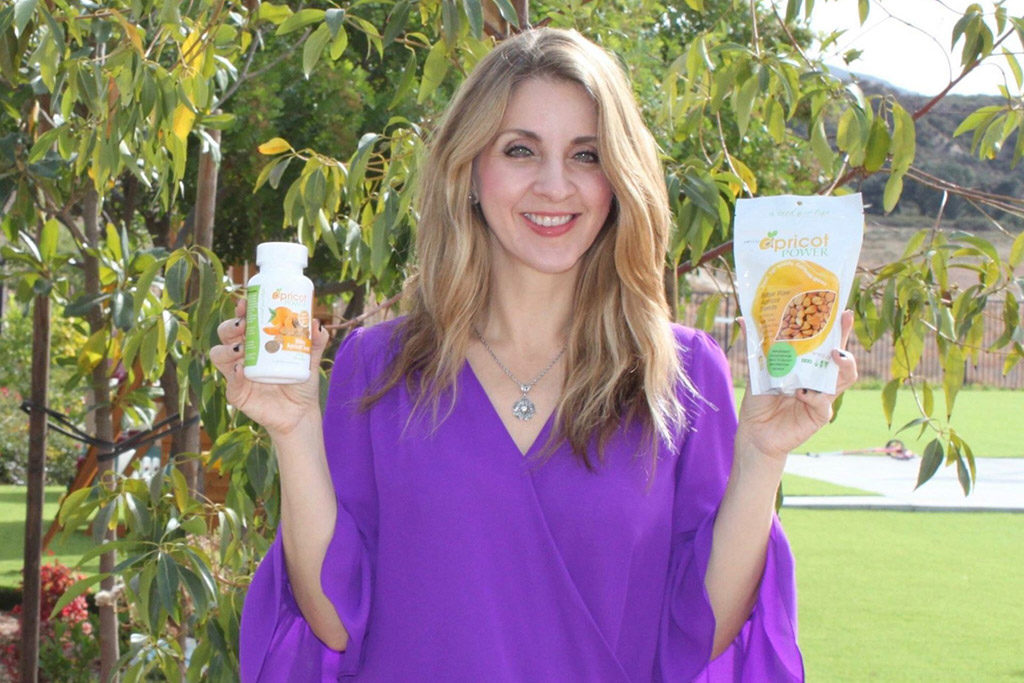 When I was first diagnosed I had no knowledge about vitamin B-17 / laetrile and its powerful healing effects on cancer patients. I learned about it three years ago during my four-week stay at Hope 4 Cancer Institute in Baja California. Hope 4 Cancer’s medical director, Dr. Antonio Jimenez (Dr. Tony), implements vitamin B-17 since 1988 as one of his many treatments for his cancer patients. While in Mexico, the protocol I followed was to use an IV form of vitamin B-17 three times a week, alternating it with other treatments. After my stay, I continued an oral therapy regimen on a daily basis.

Vitamin B-17 is another name for amygdalin, a naturally-occurring molecule that is found in high concentration in apricot kernels, and is also found in over 1,200 other foods. Laetrile is a purified and concentrated form of amygdalin from apricot kernels that was created for use in laboratory and cancer treatments.

How is vitamin B-17 / laetrile used as a cancer treatment?

Laetrile contains two important compounds: benzaldehyde and cyanide. Many believe that the cyanide in laetrile can kill cancer cells.

Healthy cells do not contain beta-glucosidase, but they do contain the enzyme rhodanese. Rhodanese actually protects these healthy cells from the benzaldehyde and cyanide in Vitamin B-17 /laetrile. It does this by neutralizing these two potentially toxic compounds, transforming them into useful nutrient compounds instead. Thus, even after absorbing the Vitamin B-17 molecule, the non-cancerous cells remain unharmed.

How else can vitamin B-17 / laetrile help your immune system?

Laetrile also supports your immune system by working with enzymes that are naturally produced by the pancreas. These enzymes work to eat away at the protective coating that surrounds cancer cells, thus giving your white blood cells the ability to attack and destroy the cancer cells.

Can laetrile cure me of cancer?

In his book, “World Without Cancer: The Story of Vitamin B17,” G. Edward Griffin explains his theory that cancer is a deficiency disease that is aggravated by the lack of vitamin B-17 in our diets. That said, it is best not to think of vitamin B-17 / laetrile as a “magic bullet” that will kill all of the cancer cells in your body. Laetrile is best when used as part of a broad multi-factor plan, and it may not be the best treatment choice for all cancer types.

What is the controversy about vitamin B-17 / laetrile?

Prior to 1971 laetrile was readily available in the U.S. Then, in 1971, the US Food and Drug Administration (FDA) banned its sale and prohibited all interstate shipments of laetrile. However, they did not make the substance illegal to possess or use.

The FDA’s ban was based on a concern that taking laetrile could cause cyanide toxicity. Some studies, which are themselves controversial, showed that laetrile was ineffective at best and potentially toxic at worst. Many, however, feel that there is significant evidence that vitamin B-17 / laetrile is a potent cancer-fighting tool.

Of course, many other foods contain cyanide, too, and they are still safe to eat. Plus, people have been eating apricot kernels for their nutritional and healing properties for hundreds or possibly even thousands of years.

For some fascinating viewing about this controversy—and what many see as its associated lies and cover ups—watch “Second Opinion: Laetrile at Sloan-Kettering. It stopped the spread of cancer and they lied to us about it.”

How can I purchase vitamin B-17 / laetrile?

If you live in the U.S., whether or not you can purchase it depends on where you live. While the FDA has prohibited interstate shipments of amygdalin and laetrile, 27 states have legalized the use of these substances. Many people choose to travel out of the country, such as to Mexico, to purchase and use laetrile.

What is legal throughout the country is the purchase of apricot kernels, which contain amygdalin. As stated earlier, laetrile is a purified and concentrated form of amygdalin. I buy my apricot kernels at Apricot Power.

What is the recommended dosage?

If you are taking apricot kernels, some practitioners recommend that somewhere between 20 and 40 kernels per day is the appropriate dose for a patient who is fighting active cancer. However, it is best to start with just one seed and wait a few hours before taking more. Take your time working up to a full dose, as it may take a while for your body to adjust to the desired level of B-17.

What precautions should I take when using vitamin B-17 / laetrile?

While amygdalin is safe to take in reasonable quantities, you do not want to overdo it. Watch for the major signs of cyanide poisoning, which include dizziness, blurred vision, nausea, vomiting, headache, fever and lethargy. If symptoms continue or become severe, seek immediate medical care. I have personally never heard or met anyone having any reactions to taking B17.

Is there anything that I should take with this?

I really like Apricot Power’s “Big 3 Synergy Pack” which includes three different supplements that work synergistically to promote excellent health. In addition to B-17 you also get B-15, which promotes oxygen delivery throughout your body, and vital enzymes, to help control the speed of chemical reactions in your body.

I have taken B-17 as a supplement ever since I started my journey. I also eat apricot kernels and blend apricot kernels into my smoothies or add to my oatmeal. How about you? Have you tried B-17 / Laetrile? What is your experience with it? Thank you for reading and, as always, I welcome and appreciate your input!

P.S. Since I last released this article, I've received several messages asking where do I purchase my B17 & Apricot Kernels from.. Click here to shop. Thank you!

240 shares
Posted in My Therapies, Therapies