How To Detox Your Body From Radiation? - Karen Berrios
FacebookPinterestYoutubeInstagram 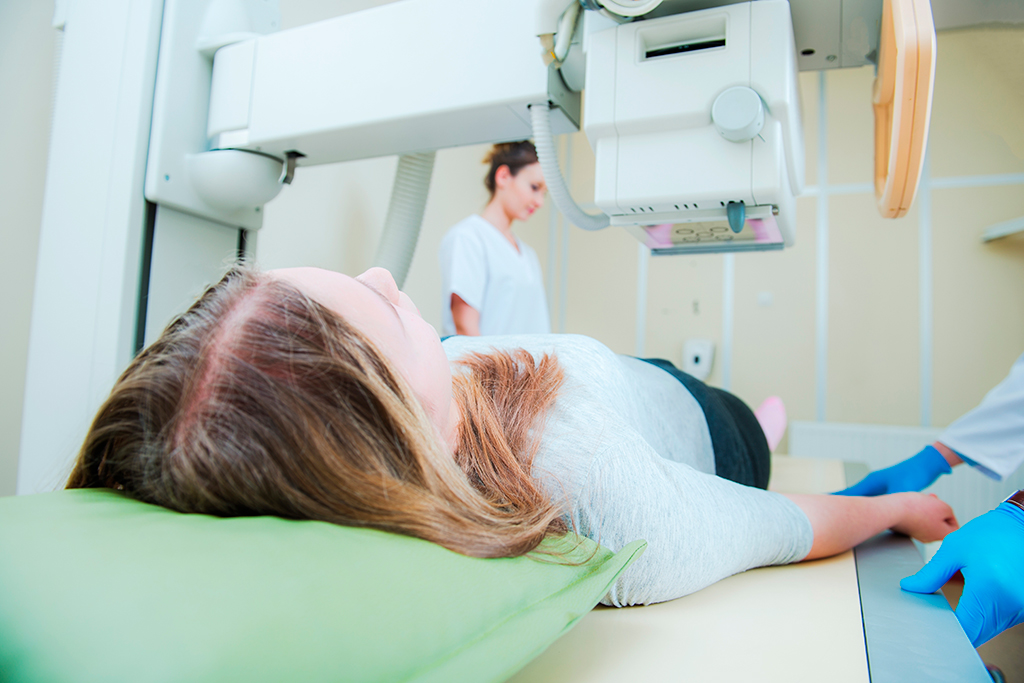 Whenever there is a radiation disaster in the world, we never forget. Chernobyl, the Fukushima power plant in Japan, radioactive bombs, or even when simply radiation is detected in rain water.

Even though most radiation treatments aim to treat local parts of your body, radiation can damage unwanted DNA that aren’t a part of cancer cells. So where does that leave us? Needed to detox! And let’s be positive here, detoxing is possible! You can do a multitude of things to detox your body after radiation. I want you to go into your treatments feeling empowered, with a plan, and that you are capable of coming out stronger on the other side!

10 Ways To Detox From Radiation

More specifically, take certified pure bio-cultured Chlorella daily. Chlorella is a single-celled fresh water algae. While it is rich in chlorophyll, protein, iron, magnesium, amino acids and other nutrients, it is also used as a detoxifying supplement because of its ability to bind to heavy metals and unwanted chemicals and radioactive particles in the body.

The derivative of Chlorophyll is and chlorophyllin and they have potent anti-carcinogenic and anti-mutagenic effects. This is something you want fighting for you against radiation!

Here are two studies (here and here) confirming the positive impact Chlorella can have in your body once it’s been exposed to radiation.

2. Supplement with Melatonin at night

Melatonin is interesting because it’s a light-sensitive hormone. It’s produced by the pineal gland which is located in the brain brain. When it is dark, our body naturally produces more melatonin. During the day, or where there is a lot of light, our body’s production of melatonin drops.

Melatonin is known as a fantastic sleep aid. But what is great news for us is it has also been proven to be a powerful free radical scavenger. This means that it can go up against radioprotective effects as it is so immune-boosting.

There was once an animal study that found that rats pretreated with high doses of melatonin had a way better survival rate to whole-body gamma radiation than those who did not pretreat with melatonin before.

There are human studies that are in favor of melatonin after radiation as well. This is really positive, as melatonin is an affordable over the counter supplement.

Green tea is starting to get more acknowledgement about how beneficial it can be to drink after radiation. One thing that’s really great about green tea is that it goes after free radicals in the body.

Green tea contains something called epigallocatechin-3-gallate (EGCG)… it’s a catechin. Catechins are antioxidants that support in preventing cell damage. These catechins can reduce the formation of free radicals and can protect cells and other molecules from damage. (Source)

4. Include foods rich in pectin in your diet

Pectin is a water-soluble fiber. Pectin can bind to toxins and we want this as it will help carry toxicity out of the body. Many doctors talk about heavy metals and toxins floating around our bodies and the need for something to quite literally grab on to them to take them out. Pectin can help. Foods that are high in this kind of fiber are apples, citrus peels, bananas, peaches, and raspberries.

Often times when we ingest pectin, the toxins will come out through our urine (so remember to drink that extra water!) Pectin, as science is showing, can be truly phenomenal for our bodies. This is something good to keep up with even after detoxing.

5. Make sure at least one meal a day is full of leafy greens or cruciferous vegetables

Some leafy greens are cruciferous vegetables, like bok choy, cabbage, and kale!

Nonetheless, cruciferous vegetables have been shown to help with detoxing in general. Radioactive material or not. This study explains it well: “In general, the nature of these findings indicates that specific foods may upregulate or favorably balance metabolic pathways to assist with toxin biotransformation and subsequent elimination. Various whole foods such as cruciferous vegetables… have been suggested to be beneficial and commonly prescribed as part of naturopathic-oriented and functional medicine-based therapies.”

Cruciferous vegetables we like include broccoli, cauliflower, brussels sprouts as well as turnips and dark leafy greens like kale and arugula. Of course, our favorite is our “Maca Root” click here to learn more about the benefits of eating maca..

Just make sure you eat these vegetables often for a few weeks in a row.

6. Visit an infrared sauna a few times a week

When you undergo Infrared Sauna Therapy, the sauna’s heat penetrates deep into your body. As your temperature goes up, your body releases that heat through sweat. Sweating, of course, is one of the ways that you rid your body of toxins. By creating very high body temperatures for relatively short periods of time, Infrared Sauna Therapy, therefore, accelerates this toxin release.

The heat helps remove radioactive particles that are in your tissues when you sauna, so do this a few times a week for a while after being exposed to radiation. Sauna is great for cancer overall.

7. Eat foods that are high in iodine

I have a lot to say about iodine and the connection with cancer it has.

Iodine is an antioxidant, battling the free radicals that are known to cause cancer- so straight away we see how beneficial it can be to have in the body to go over damaged DNA after radiation. Iodine is vital to glandular health and a deficiency leads to your body’s inability to correctly manage cell growth, which results in cysts that can eventually turn cancerous. That is the last thing we want after radiation.

Another role iodine deficiency plays in the proliferation of cancer is in iodine’s ability to oxygenate cells. Studies have shown that when oxygen levels in cancerous cells fall, they become almost immune to treatment. Even radiation treatment. It stands to reason that increased iodine, and thus, increased available oxygen, would cause these cells to be more vulnerable to treatment.

8. Get into parasympathetic mode

It is so important to stay stress free and get into rest and digest mode after undergoing radiation.

Stress can impact your body. Let me say that part of detoxing starts before you even get the radiation treatment. You don’t want to go into this in a stressed out state because this will wreak havoc on your body’s ability to properly detox afterwards. You want your body to be in a relaxed state. This will help your colon be able to eliminate effectively (one way your body detoxes) and you can activate that mind-body connection that everything is going to be okay. You need your mind on your side throughout this.

In the 1990s science finally started catching on to the mind-body connection theory that our thoughts impact our physical body. These theories have been around for a long time but were often disregarded because it’s more difficult to quantify in research.

But know this, we are our thoughts. If we come into radiation therapy full of fear or complete doubt in our bodies ability to heal then we will not be able to heal.

You deserve health and happiness. Your mind is capable of positive thoughts. Don’t let stress and mental muddiness get in the way of your healing.

Herbs can be incredibly potent and powerful after radiation! Traditional Chinese Medicine can help us look at what to use. Ginger and nettles are a great place to start.

With Ginger, after juicing it fresh or brewing a tea, the key is to slowly sip it and not to gulp it down as it can be intense for the stomach to do this all at once.

Ginger is a potent antioxidant and can even help your gut health- this scientific study even calls it “the amazing and mighty ginger” and talks about the many benefits of incorporating ginger on a regular basis.

Many people report feeling nauseous after radiation therapy, and ginger can help with this. It would be a good practice to sip on ginger after radiation therapy to not only soothe your gut and support your bodily functions but to also help prevent the “sick” feeling that can happen afterward. It is inexpensive and science has recognized ginger as an effective treatment.

As for ginseng, it can decrease side effects of radiation therapy and also help the body adapt to stress, which we know aids in healing and recovery.

Oxford Academic says this about ginseng and radiation: “Ginseng is a natural product with worldwide distribution, and in addition to its antitumor properties, ginseng appears to be a promising radioprotector for therapeutic or preventive protocols capable of attenuating the deleterious effects of radiation on human normal tissue, especially for cancer patients undergoing radiotherapy.”

10. Do a full-body bentonite clay mask

Take a clay bath… trust me on this! Bentonite clay is known for its detoxifying properties! In fact, Scientists in Russia once used Bentonite clay to protect themselves from radiation when working with nuclear materials. They believed that the clay would help trap stray radiation particles. Plus, it is so relaxing to put on the body and you immediately feel “cleaner” after, which is soothing for the mind and body.

Place 1 cup of bentonite clay (Here is the one I love) in a plastic bowl. Add a small amount of water, and use a plastic spoon to mix the clay and water together until it forms a thick paste. Add this clay paste, as well as 1 cup of Epsom salts, to the warm bath water. Soak for 30 minutes and then rinse off with a quick shower. It will be like a full clay mask on your body without the hard drying we are used to when we simply use clay on the face.

I hope you find this blog article helpful in your healing journey. Sending you much love and healing prayers!