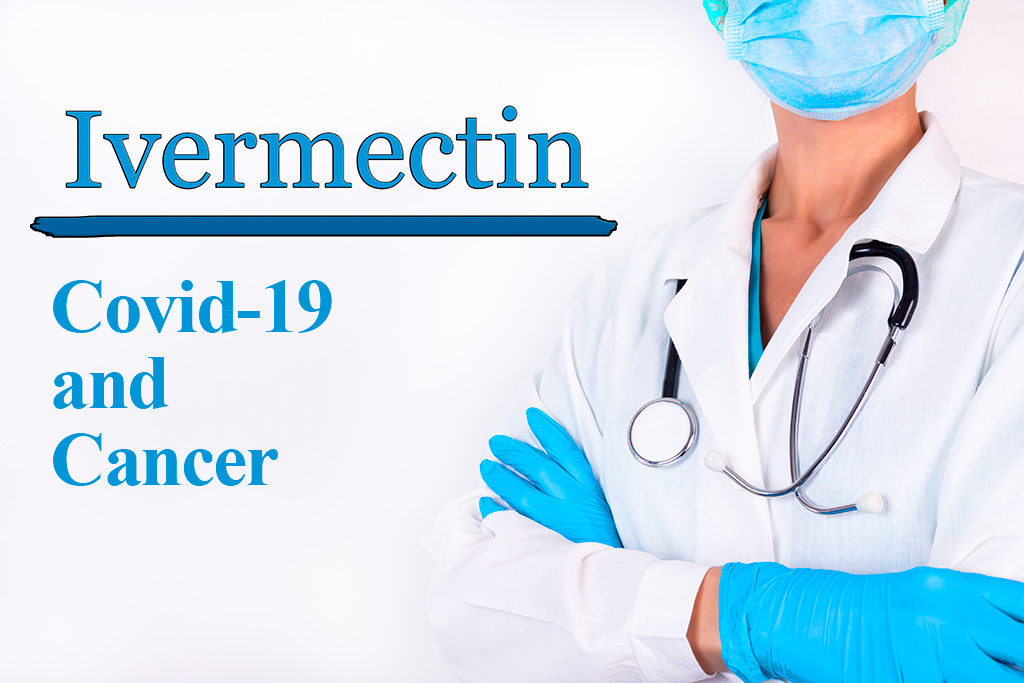 Ivermectin is a tablet that is typically used to treat parasitic infections. Infections can occur in the skin, intestinal tract, or the eyes. It can also be a cream and it goes by the brand name: Stromectol.

It has been, in recent years, a potential therapy drug for fighting cancer cells and even more recently- an alternative treatment for COVID-19.

Science Direct says this about it: “Recently, ivermectin has been reported to inhibit the proliferation of several tumor cells by regulating multiple signaling pathways. This suggests that ivermectin may be an anticancer drug with great potential.”

Domanican Today says this about Ivermectin and Covid-19: “At least 6,000 Covid-19 positive patients have been treated with excellent results using the drug ivermectin, by doctors belonging to the Rescue group, with health facilities located in Puerto Plata, La Romana, and Punta Cana... The group had registered about 6,000 patients with outpatient emergency and consultation services with promising results.” 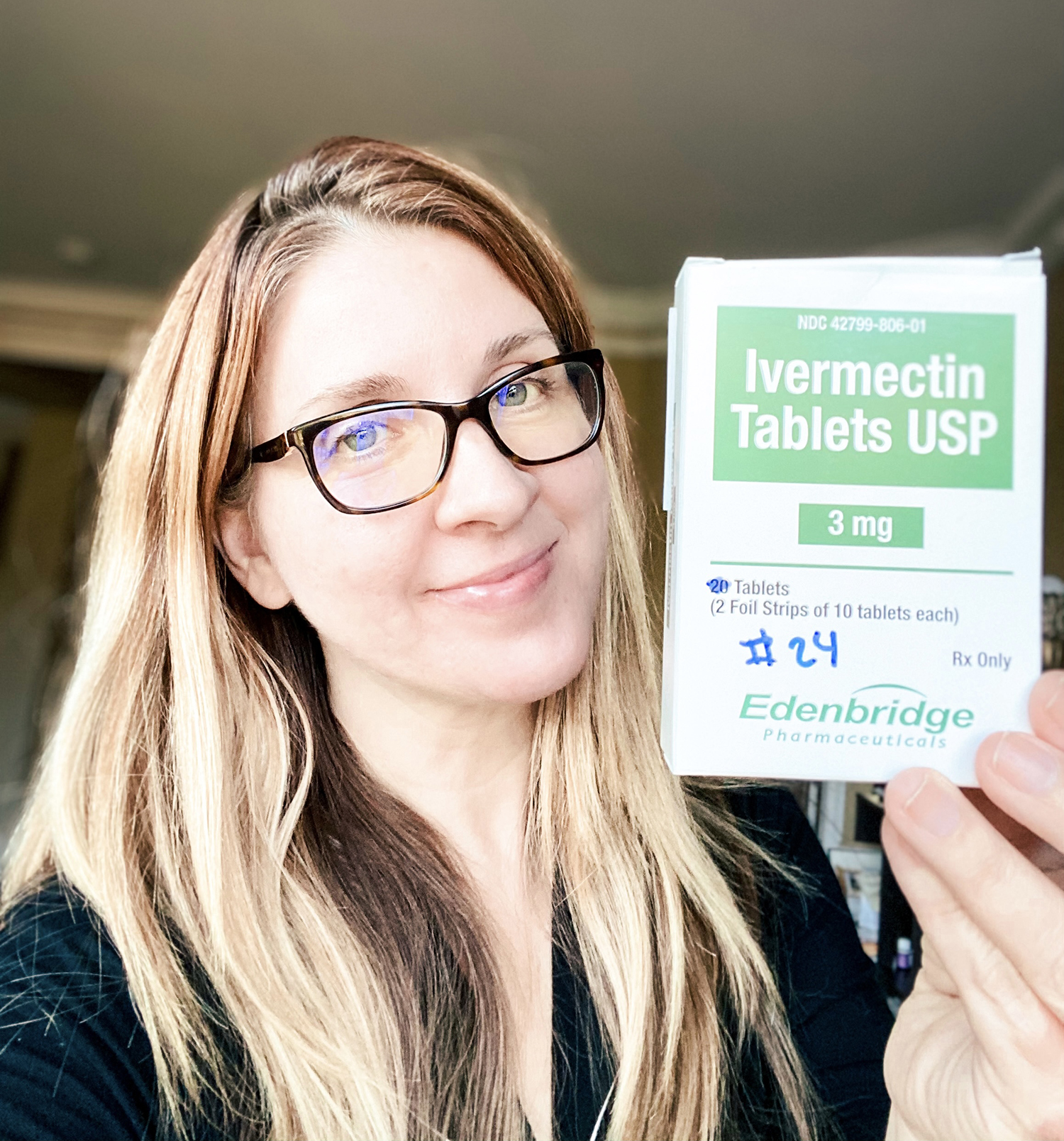 Ivermectin can even help with Covid-19

I know many cancer patients are quite worried about contracting this virus. The good news is, in mild cases of Covid-19, Ivermectin has been able to help! The hard part is, getting Doctors to use it. (It has been studied in severe cases too.)

There was a study done in India in which 73% of healthcare Covid-19 cases had a reduction of Covid-19 infection. This study was also referenced in a Science Direct article, where they stated that a 5-day course of Ivermectin can reduce the duration of Covid-19.

The Front Line Covid-19 Critical Care Alliance ultimately says this about Ivermectin: “In the past 4 months, numerous, controlled clinical trials from multiple centers and countries worldwide are reporting consistent, large improvements in COVID-19 patient outcomes when treated with ivermectin.” (This is as of January 2021)

It seems like one of the main things that is really important is realizing early on that you have Covid-19 and then seeking out Ivermectin treatment. It is not to say it can’t be helped in the middle of the worst of symptoms, but it is more promising if used early on.

Medical Xpress reported on a study that was done by the University of Navarra Clinic and the Barcelona Institute for Global Health. In the study, they wanted to see if a maximum dose of Ivermectin (by European standards) was enough to make a difference at the onset of Covid-19 symptoms. In this study, there were 24 patients, and each patient was either given the ivermectin OR a placebo. They did this in the first 72 hours of the patient being confirmed that they had contracted the virus. They took nasal swabs and samples of blood when patients were first enrolled, and then each week after that for three weeks.

Medical Xpress does a good job at reporting the findings in ways people can understand, stating: “Seven days after treatments, no difference was observed in the percentage of PCR-positive patients (100% of patients were positive in both groups). However, the mean viral load in the ivermectin-treated group was lower (around 3x lower at four days and up to 18x lower at seven days post-treatment), although the difference was not statistically significant. Treated patients also showed a reduced duration of certain symptoms (of 50% for loss of smell and taste and of 30% for cough). All patients developed virus-specific IgG but, again, the mean level of antibodies in the treated group was lower than in the placebo group.”

What is really fascinating is that many doctors in Latin America are using Ivermectin and it is not mainstream in the U.S. There have also been studies coming out of India and what is beautiful is that these countries have been working together and sharing their findings with each other in order to come to a definitive conclusion: Does it work or not? They are optimistic. And the fact that it has been used on cancer patients is a true win because it can be a more inclusive drug with the treatment of Covid-19.

In the beginning, many of the studies were done in a test tube on cell lines, aka in vitro. It was shown in these studies that yes, Ivermectin reduced the viral load of Covid-19! The problem was that, to scale, way more ivermectin was needed than what had been tested on patients before. They were worried it would be too potent. These tests, along with the human tests, have been promising that there is something there for Ivermectin and Covid-19.

On the Covid-19 Critical Care site, there is plenty of talk of the use of Ivermectin for Covid-19. This is more of an analysis, but it’s interesting to see how serious they are taking it. They conclude their analysis by saying this:

“More recently, during their ongoing review of the studies on a wide range of both novel and repurposed drugs, they identified that ivermectin, a widely used anti-parasitic medicine with known anti-viral and anti-inflammatory properties is proving a highly potent and multi-phase effective treatment against COVID-19.”

Even the National Institute of Health (NIH), who once didn’t see Ivermectin as a promising drug for Covid-19, is quickly changing their tune. They even presented positive findings on a January 6th panel. 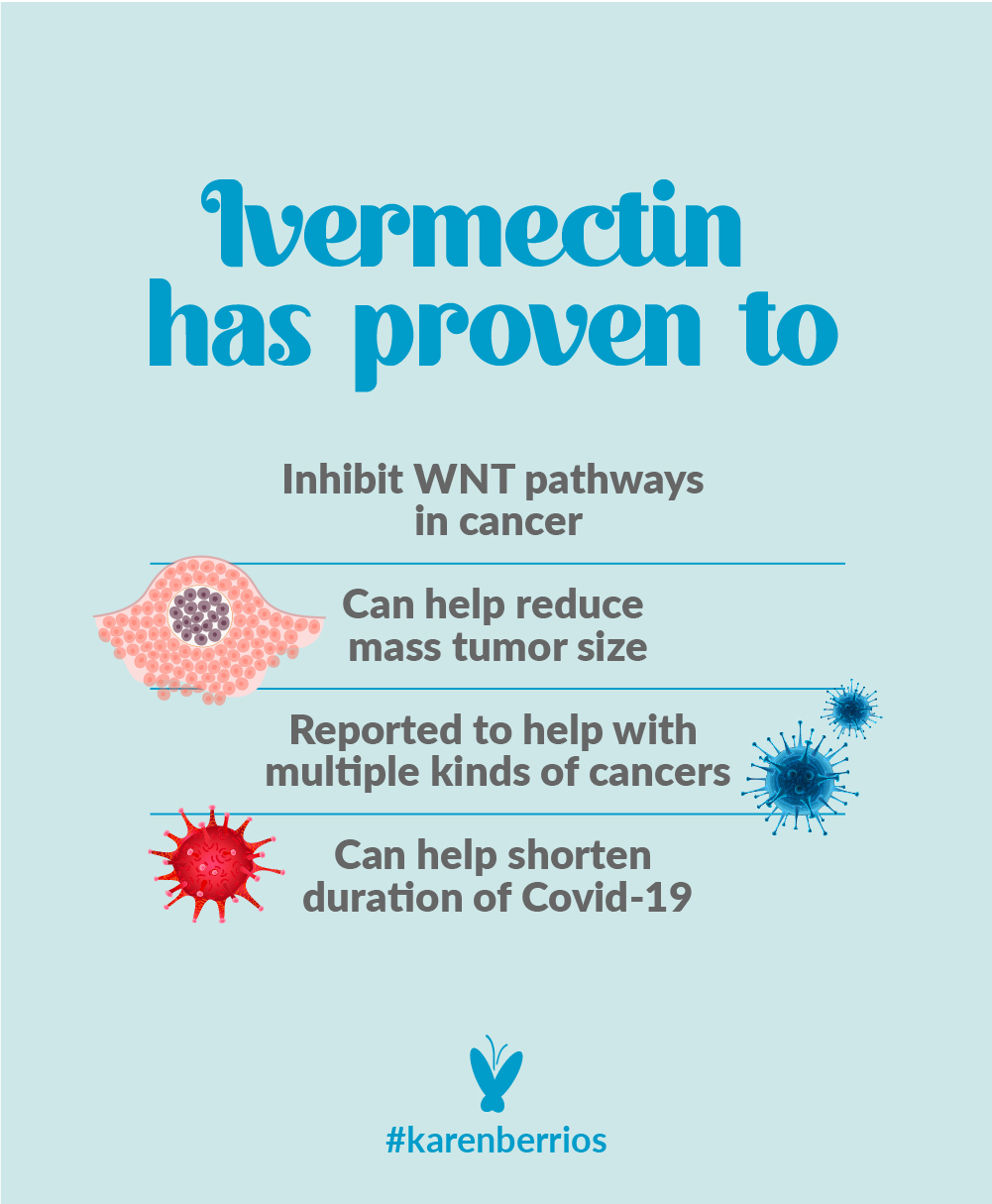 I think we should talk about Ivermectin’s efficacy with cancer cells and tumors as well because I want to highlight just how amazing this drug can be.

Dr. Jeffrey Dach, MD, says that the reason Ivermectin can help with cancer is that it inhibits something called the WNT pathway. He also notes that in breast cancer tumors, there is often a higher ATP production within the tumor microenvironment, and Ivermectin can help deregulate that.
There are many studies involving the WNT pathway and many doctors urging standard medical care to address it with all kinds of cancers, including Lymphoma. By the way, a food that helps inhibit the WNT pathway is curcumin which is found in Turmeric!

Dr. Dach mentioned how a doctor by the name of Dr. Dragonov studied breast cancer in 2015 and how he found that certain channels within a breast tumor environment can die if they are sensitized with ivermectin.

Journal of Experimental and Clinical Cancer Research says this about how ivermectin drastically reduced tumor sizes:

Ivermectin can help where chemotherapy can’t

One of the best things about Ivermectin is that it has been shown to help with cancer markers where conventional chemotherapy treatments have not helped. In other words, where cancer cells are resistant to chemotherapy, Ivermectin may help. Especially with tumors.

Science often does something called “retargeting” where they begin testing a medicine for another problem and see if it could also be an issue. They stated that while Ivermectin is mainly used for parasites, they quickly realized it could possibly be retargeted for tumors.

Ivermectin has also shown promise with colon cancer (one of the more difficult cancers to treat.) It was said that Ivermectin, in conjunction with Selamectin, can stop colon cancer self-renewal. Cells always multiply, so this is great news! It has also been said to help with ovarian cancer. The European Pharmaceutical Review says this:

“Researchers in Japan and the United States have found that ivermectin, a drug used to kill parasites, suppresses tumor development in epithelial ovarian cancer. Ivermectin exerts an anti-tumor effect on epithelial ovarian cancer (EOC) cells by interacting with the new gene target KPNB1. Because ivermectin is already approved to treat parasitic infections in patients, experiments for its effectiveness in an anti-cancer regimen is expected to significantly lower costs compared to untested drug compounds.”

Typically Ivermectin is taken as a tablet, a single dose, on an empty stomach. It can be powerful against cancer cells as well as help those who have Covid-19. So while there is not enough evidence on actual cancer patients with Covid-19, there are statements like this being made by Renowned Doctors: “Ivermectin is one of the world’s safest, cheapest and most widely available drugs,” -Dr. Kory, President of the FLCCC Alliance and also, if it helps with cancer cells, I think it is worth a second look even if the cancer patient does not have Covid-19.

What are your thoughts on Ivermectin? It is proving to be very impactful in the cancer world, and my hopes are high!