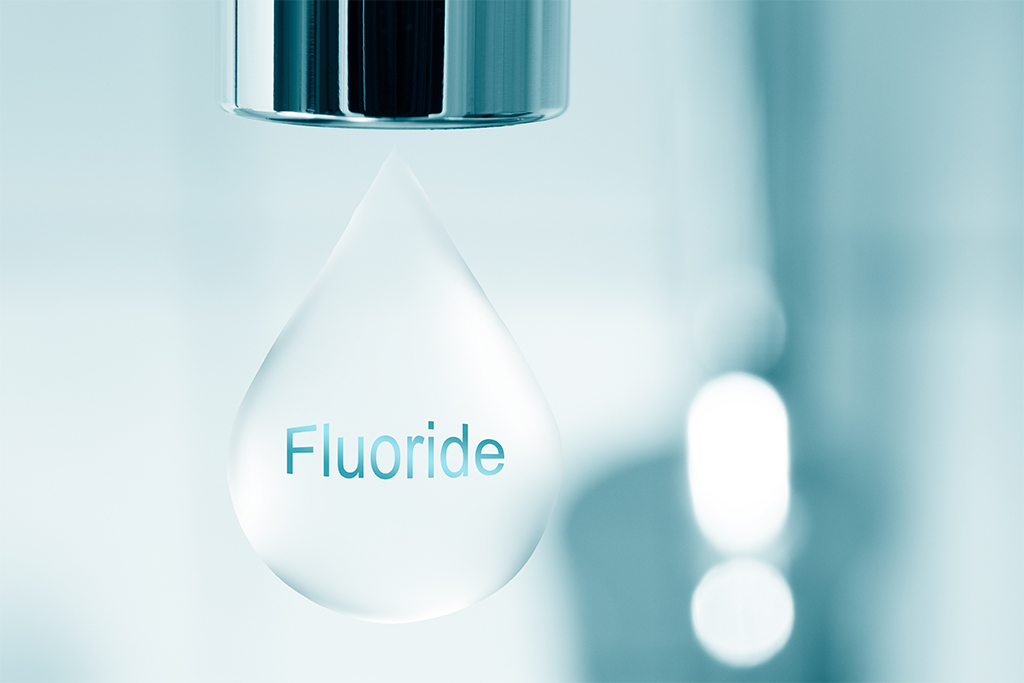 Oh man, there was once a time when cities used to brag about using fluoride in their tap water. Like it was this great thing that was supposed to strengthen teeth and we should be delighted in the news! The sad thing is… it’s still in the water.

Yes, fluoride does strengthen teeth. It’s also naturally occurring, but it also does a whole lot of damage.

In this article we are going to explain what fluoride is and where it is found, the dangers of fluoride and a solution for teeth strengthening that is fluoride-free.

Fluoride is a mineral that is naturally occurring. It is found in:

We typically will see fluoride being used in dental offices to strengthen the outer layer of teeth, which we call enamel.

Many researchers will try to say that adding fluoride to the water at a low concentration will not make a difference, but research says otherwise.

There was a 2006 study that showed that fluoride in the water can be tied to bone cancer in males.

There was a review done in 2012 that said there was a possible link between fluoride and lower IQ rates in children. However, more studies are needed for this to be definitive.

The biggest concerns are around kidney health, bone health, and IQ.

Both iodine and fluoride belong in the same family of compounds- a family we know as halogens. Iodine is great for the thyroid (although excess can exacerbate symptoms for Hashimoto's) but fluoride is not beneficial. These two halogens are so similar that the thyroid can absorb fluoride instead of iodine. This is not good! This is one of the very reasons that I sauna is to continuously flush out fluoride!

A  new February 2018 study shows empirical data that shows specifically an impact in T3 and T4 levels through consumption of Fluoride. Fluoride is toxic to thyroid cells as it can inhibit thyroid function and cause cellular death.

Fluoride dangers to the pineal gland

Fluoride can impact the pineal gland. The pineal gland helps regulate the body’s rhythms and wake-sleep cycles- or rather, circadian rhythms. These functions are so important to mental health and other bodily processes. Fluoride is toxic to the pineal gland because this is where it accumulates and starts to calcify the gland. Oftentimes we even see seniors with higher calcium density on their pineal glands than on their bones! So terrible. 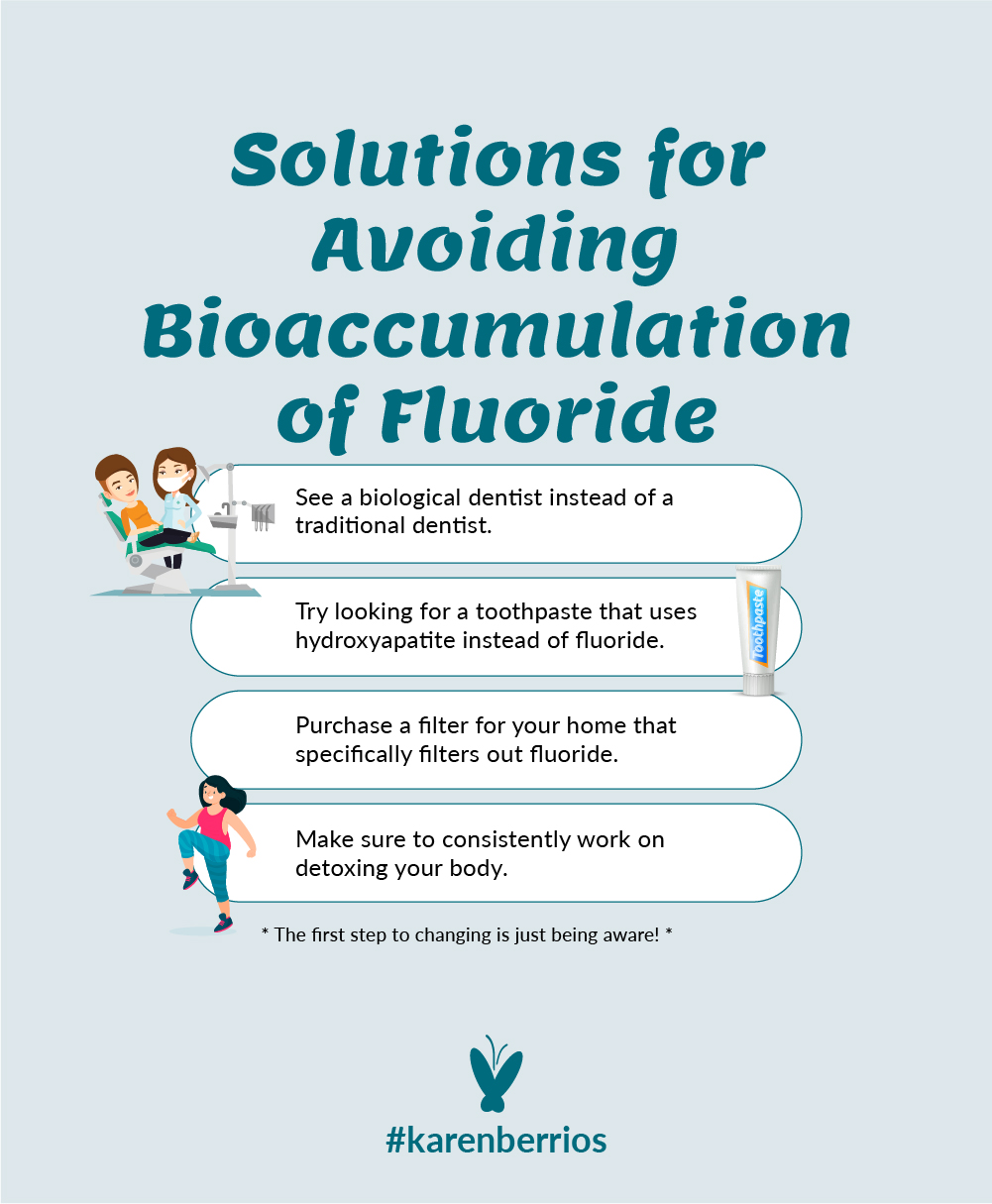 Fluoride may lead to early puberty

One theme is that fluoride can have a hugely negative impact on young children. When it comes to girls, it has been reported that fluoride excess can lead to early onset of menstruation. This again has to do with the pineal gland which we just covered as it is tied to puberty. The research (linked in prior sentence) has shown that girls who are exposed to more fluoride than average have a higher likelihood of developing an early onset of menstruation than girls who have not had that contact.

One thing that can be toxic to kidneys is excess fluoride. A higher rate of kidney disease was reported in certain living areas with excessive levels of fluoride. Chinese researchers stated that a fluoride level of 2 mg/L is what it takes to cause renal damage in children. Typically this is seen in children who have fluoridated drinking water and are also using special fluoride toothpaste- which is often prescribed by traditional dentists.

It is such a shame what fluoride can do to the heart. There is research that points to over-exposure of fluoride (quite common) can cause cardiovascular inflammation as well as something called atherosclerosis. They have also done some research on blood pressure, however the findings were inconclusive, but suspicion is still there.

This one is so terribly sad. It breaks my heart whenever I see kids freely drinking from a water fountain because there have been many studies around fluoride and intelligence. Some observations have found that fluoride negatively impacts a child’s neural development. Others show it can impact cognitive function. The higher the levels of fluoride exposure, the higher the chances a child can develop a low IQ. (Source + Source)

Solutions for avoiding bioaccumulation of Fluoride

There are many things we can do and I want you to feel empowered to know that if me and my family can avoid overconsumption of fluoride, I know that you can too!

Here are some things we do:

1. We see a biological dentist instead of a traditional dentist. There are many reasons for this, but one is that we know they won’t push fluoride on us.

2. If you do need to strengthen your teeth enamel, try looking for a toothpaste that uses hydroxyapatite instead of fluoride. Studies have shown it is just as effective as fluoride but without the negative side effects!

3. Purchase a filter for your home that specifically filters out fluoride. Make it a point to consistently bottle it up!

4. If you are concerned about fluoride buildup, make sure to consistently work on detoxing your body. Sweating, intentional movement, a plant-based diet, etc.

The first step to changing is just being aware!