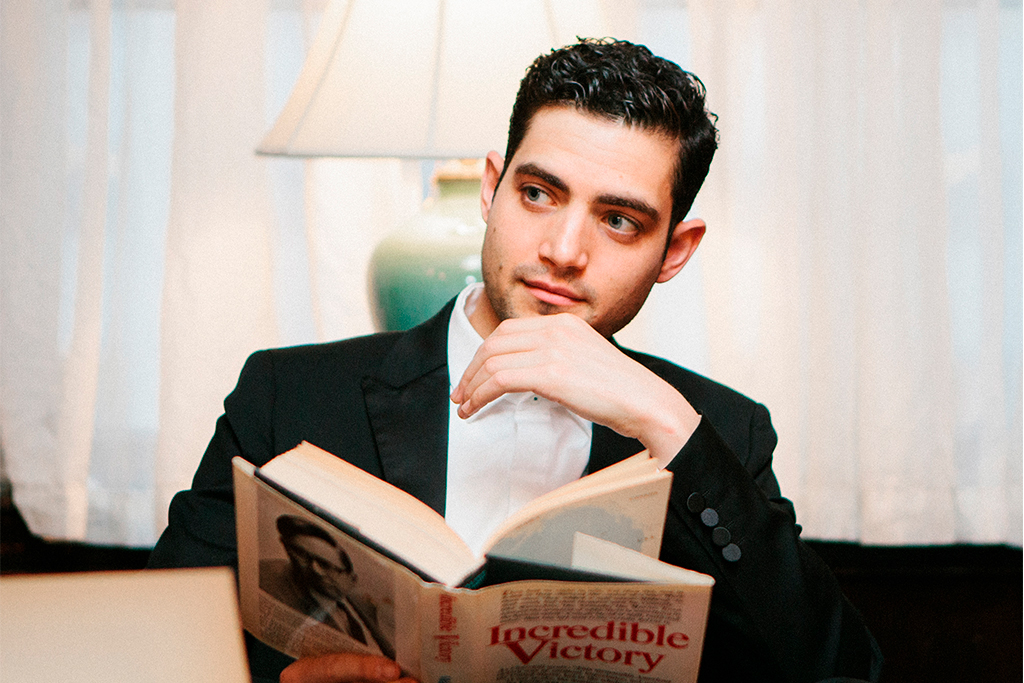 I want you to meet Steve Rubin. This man has an incredible story. He was diagnosed with an aggressive bone cancer four years ago at the young age of 30. He had been healthy his entire life and it seemed that cancer came out of nowhere. His journey has taken him through chemotherapy, many surgeries, and different arenas of holistic health. He now shares his stories at “The (other) C-Word” to inspire and connect with other people also going through cancer, or those who have found themselves in remission.

Enjoy the interview, Steve is grounded and down to earth and a real cancer thriver. He’s a bright light in the world of cancer, where many of us are searching for other’s experiences and stories and simply someone to relate to.

Karen: Going through cancer yourself, what is the first thing you tell someone who has just been diagnosed with cancer?

Steve: I’d let them know they can do it. When doctors first prescribed chemo, I was terrified. I broke down in tears at the hospital and funny enough, it was a young teenage girl who walked up (I was 30 at the time) and assured me that I could handle it. “It’s not so bad,” she said. And for some reason that meant everything — to see another bone cancer fighter, further along in the journey and still hanging in there, still with plenty of fire in her eyes.

Later, after chemo, cancer would spread from my femur to both lungs and my hip. I found myself in really bad shape. Doctors told me there wasn’t much left they could offer and that my odds of survival were less than 10% —  by far, the scariest, most surreal moment of my life. I had nowhere to turn and literally had to map out a plan of survival all by myself. I kept researching, kept networking… had my freak outs, of course, but stayed focused and kept scrapping it out, and eventually, the situation began to improve. It took time, discipline and constant experimentation.

(** Every cancer fighter’s circumstances are different. Depending on severity and what kind of situation one finds themselves up against, they may not have the same options. I’m just sharing based on personal experience.)

Karen: Tell us about how you stayed positive throughout your treatment. What were key areas of support you leaned on?

Steve: Treatment was full of ups, downs and all kinds of emotional swings. I’ve leaned heavily on family and my wife, who’s been as amazing a caretaker as they come. We weren’t even married at the time of diagnosis and she’s stuck with me every step of the way. During treatment she’d track down whatever food craving popped up, helped me navigate through pill schedules, and always listened patiently when I needed to vent. She’s my rock.

Our approach has been to take it one day at a time, focusing on what needs to be done at the moment and doing the best that we could. This helps take some of the pressure off and make everything feel less overwhelming. We’ve also been blessed to have great friends offering love and constant support.

Karen: What are some tips you would give to others on communicating with their doctors?

Steve: Be your own advocate and remember, the doctors are experts at a particular set of knowledge, but always listen to your gut. If something feels off, speak up. The hospital is full of humans who are busy and just as prone to error as anyone else. I’ve had to correct doctors and nurses or remind them of something they’ve either forgotten or overlooked plenty of times.

While exploring holistic health, many of the supplements and regimens I’ve incorporated have been unfamiliar to conventional doctors, who were quick to rebuff simply because there hadn’t been official studies conducted. I understand their need to take this stance, but in my case, chemo didn’t save the day and conventional medicine no longer had much to offer. My life was on the line and I had to make something happen.

Also, get multiple opinions. The first oncologist I met tried rushing me into chemo while outright denying any impact it would have on fertility (immediately disputed by the next oncologist I met).  The first surgeon I met seemed pleasant enough until I met another who’d offered a groundbreaking new technique and was clearly in a different league. Holistic doctors taught me about replenishing nutrition and detoxing, caring for my body in ways that conventional doctors never once brought up. Learn from all angles and then follow your heart.

Karen: What is a negative emotion you experienced routinely (guilt, anger, etc) and how did you move through it?

Steve: I’ve experienced plenty of negative emotions. Depression at times, plenty of fear, resentment… My philosophy has always been to make space for these feelings. Let them do their thing and eventually the moment passes. Meditation has been a huge help for me with managing and growing comfortable with emotions.

Karen: What advice do you have for people who have just entered remission and still feel fearful?

Steve: Well, how can you not? After so many recurrences, I’m not sure I’ll ever feel truly comfortable putting my guard down. But that’s what keeps me sharp. I like to think of it as earning my health each day: clean diet, emotional work, holistic regiments… all the different tips and tricks I’ve accrued over the years. At the same time, there’s a difference between using fear as steady motivation and letting it dictate your life. You have to find the balance and that goes back to learning to live with and manage difficult emotions.Karen: Where can we find you?
Steve: Read my journey on battling back from a survival rate of <10% at The (other) C-Word also Twitter: @othercword and IG: @steve_othercword