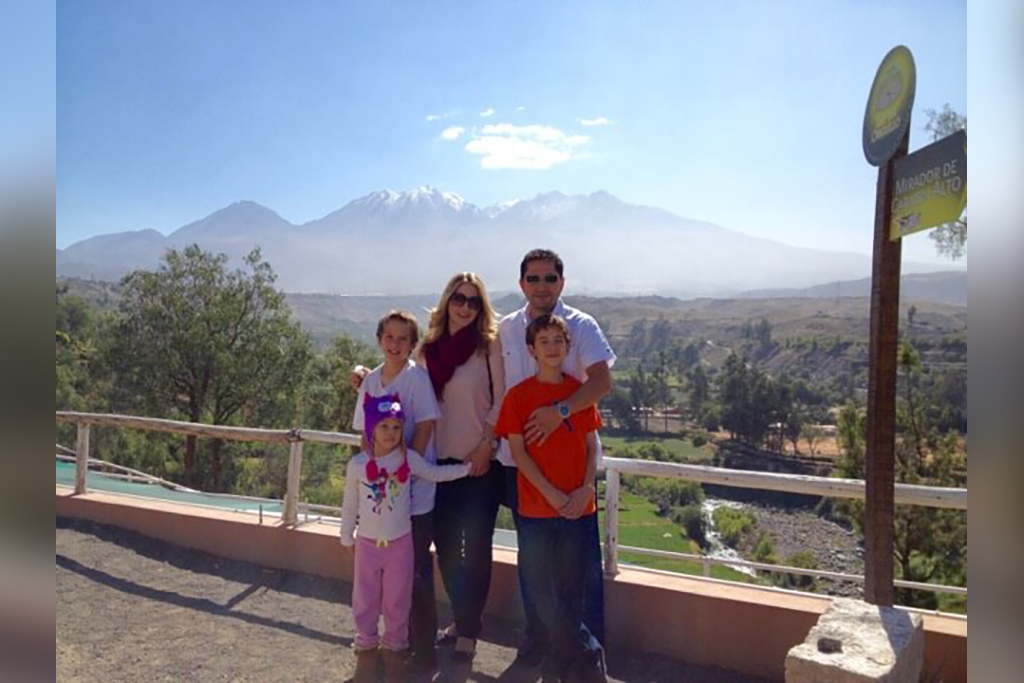 My Cancer Journey – It All Started in Peru

Like most people, I didn’t see cancer coming. At all! In fact, I didn’t have any symptoms that would lead me to have any concerns. I was doing life just fine, so I thought that there was nothing wrong. Add in the fact that my husband is a Family Nurse Practitioner the fact I was so blindsided seemed even more ironic.

My cancer journey actually began during a long family vacation. In June 2014 my husband and I took our three children to Peru to visit family. At the time our twin boys were 11 years old, and our daughter was just four. We had all been looking forward to this trip for quite some time.

We were staying with my father, who decided that he really wanted to try to help me deal with a medical issue that I had been dealing with for years: Acne. “I see you still have acne,” he said. “Why don’t we try to get you in to see a dermatologist while you’re here?”

Of course, seeing a dermatologist for my acne was a pretty low priority for me, especially in a third world country. As I explained to my father, I had already seen dermatologists at home. The antibiotics and creams that they prescribed didn’t work, and I thought I just had to live with this. I had decided that still having acne when I was 41 years old was not the end of the world.

But Dad was insistent, so I gave in to make him happy. Two days later I was headed off to my appointment.

The dermatologist felt that my acne problem might be hormonal, so she recommended that I see an endocrinologist. The endocrinologist was able to see me shortly after. She took my history, gave me a prescription for some blood work, and then started to do a physical exam. When she checked my neck she wasn’t happy with what she found.

Then she started asking about possible symptoms. I don’t recall most of the list, but I laughed when she mentioned fatigue. “Fatigue?” I said. “Yes, I have three kids! How could I not be fatigued?”

But the endocrinologist was quite concerned about this lump. “I strongly suggest you do an ultrasound right here, right away,” she said.

When I went back that afternoon for the ultrasound I wasn’t concerned – I was sure it was nothing. I lay down on the table in the ultrasound room and relaxed. Unlike in the U.S., where ultrasound images are taken by technicians and then reviewed by radiologists, in Peru the radiologist actually does the ultrasound and reviews the images in real time.

I was lying there watching the doctor when all of the sudden I saw his eyes open really wide. In fact, I saw fear in his eyes. “You need to have a biopsy right away,” he said. My heart started racing. What’s going on? The radiologist said the lump was something of concern. I was terrified!

I remember locking myself into a Starbucks bathroom. Yes there was a Starbucks in this little town in north Peru. I cried out to God, asking why here? What was happening? How and why would God lead me to find something serious in Peru?? How could this be?

At that point I knew I had a choice to make right there. I could go into desperate-anxiety mode. Or I could surrender it all and trust that somehow it was all going to work out. My family and I had three weeks left on our trip, I chose to let go of all fear, emotions and questions to focus really hard on enjoying my time with my family as planned, and to take care of all this when we got home.

Power Thought:
I release myself from all anxious thoughts and put my trust in alignment with the light that shines in me.