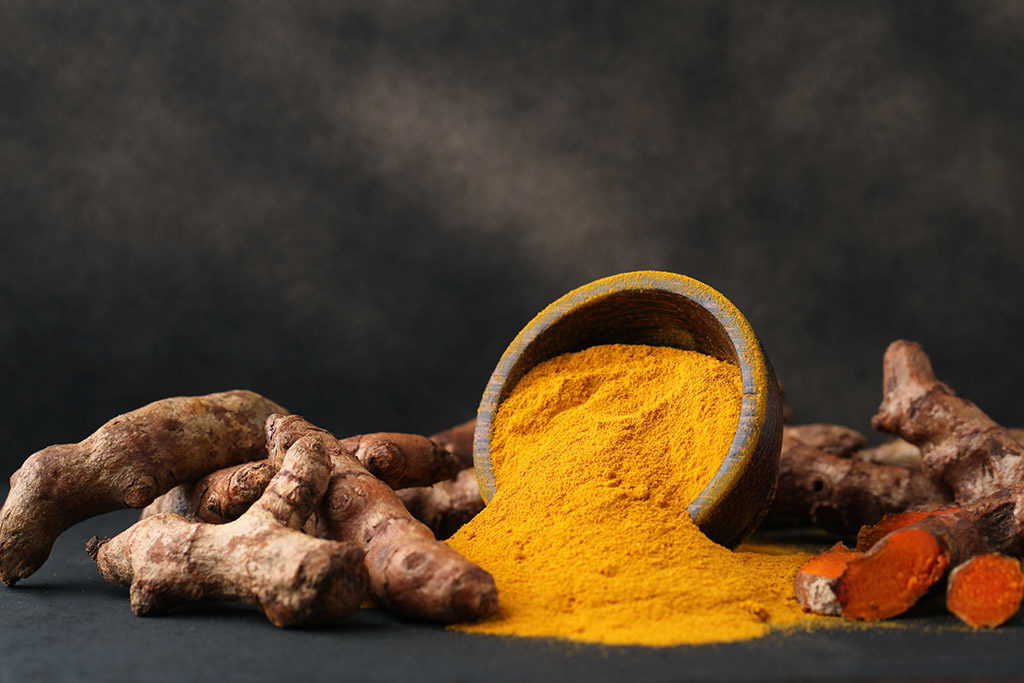 There are so many foods that have incredible cancer-fighting potential. Personally, I take every opportunity I can to learn about these superfoods and incorporate them into my own diet if it’s possible and practical. Of course, some of my own current and ongoing health issues sometimes prohibit me from incorporating all of the foods I would like to—particularly highly acidic foods, as they exacerbate some of the reflux and other conditions I am thriving with. With that being said, one of the most powerful superfoods I love to use because of its extreme cancer-fighting potential is turmeric. You may remember reading about my love affair with turmeric from a previous article I published a couple of months ago. If so, then you remember that turmeric is high in curcumin, which is one of the compounds in the spice known as curcuminoids that is responsible for its cancer-fighting potential, then, can curcumin inhibit tumor growth in colorectal cancer?

In recent years, few foods have been studied with the fervor and tenacity as turmeric and its curcuminoid compounds. For centuries, many followers of Eastern medicine have revered turmeric for its healing and anti-inflammatory properties. However, the biological compounds responsible for turmeric’s healing properties and health benefits wasn’t discovered scientifically until 1949. A 2011 literature review analyzes the shift in attitudes in Western medicine regarding turmeric and curcumin.

In 1949, the discovery that turmeric has anti-bacterial properties was groundbreaking. Still, very little research was done on the properties of turmeric and curcuminoids until the 1980s. It was then that the anti-cancer properties of curcumin were brought to light and the compound began piquing the interest of researchers and scientists. Now, turmeric and curcuminoids are among the most actively-studied compounds for their anti-oxidative and cancer-fighting benefits.

Prevalence of Colorectal Cancer and Prevention through Diet

Colorectal cancer is the fourth most common kind of cancer in the world and the second leading cause of cancer deaths in the Western world. There is currently no good form of treatment aside from complete resection. That generally means removing large portions of the colon in the early stages of cancer detection.

However, one of the interesting things about colorectal cancer is that it has direct links to diet. We see increases in occurrences of colorectal cancer in people whose diets are rich in red meats, processed meats, and processed foods in general. This increased risk of cancer as a direct result of the foods we eat is further support for my strong convictions about proper nourishment from the inside out. Prevention of colorectal cancer through diet has been proven an effective method of lowering incidence of colorectal cancer. A May 2015 study discusses the importance of proper diet and nutrition and some guidelines for foods that are shown to help reduce the risk of colorectal cancer. It suggests whole foods, and diets rich in calcium, whole grains, fiber, and milk to be beneficial in preventing this type of cancer.

The Role of Curcumin in Cancer Prevention

We know that what we put into our bodies in the form of the foods we eat has an impact on our overall health and wellness. We start learning from a young age that healthy food choices reduce the risk of heart disease and help us maintain a healthy weight. We know that unhealthy eating habits can contribute to serious diseases such as diabetes, heart attacks, and strokes. A June 2016 call to action shows how we can reduce deaths by diet. This same study cites unhealthy diet as the leading cause of illness, death, and disability in both Canada AND worldwide for nearly two decades now. Just let that sink in for a moment. If ever there was a time to fully embrace the importance of what we eat as more than just filling our bellies. What we eat is the cornerstone of our very existence and the foundation for our complete health and well-being.

With that being said, the discovery of curcumin as a cancer preventative can effectively change the way we deal with colorectal cancer. As I mentioned earlier, colorectal cancer is generally treated through resection of portions of the bowel and rectum that contain cancerous tissue. That is just as pleasant as it sounds, with a large number of patients experiencing what they deem as a decrease in quality of life after treatment, particularly in those whose resections result in colostomy or stoma for the remainder of their lives according to one 2016 study.

How Curcuminoids Reduce Rates of Cancer

Curcumin works in the body in a few different ways to prevent and actually treat colorectal cancer. A 2013 abstract outlines the chemopreventative benefits of curcumin and how it works within the body. Not only does it reduce oxidative stress, but it also provides an microenvironment within the gut that makes it difficult for cancer cells to grow and divide. Additionally, a 2010 research study shows that adding curcumin to conventional chemotherapy could be effective in preventing chemo-resistant colorectal cancer cells. In that study, researchers discovered that the introduction of curcumin held cancer cell growth at bay by as much as 70%!

Specifically, curcumin has anti-carcinogenic properties on colorectal cancer because it has multiple molecular targets. It regulates inflammation and affects the way a cell both reproduces, differentiates, and then dies off. Cancer cells don’t do any of those with any rhyme or reason. They reproduce rapidly and don’t differentiate between, say, a skin cell and an intestinal cell. The programmed cell death that keeps cell growth and reproduction at bay goes unchecked in cancer, as well. The result is a mass, lesion, or tumor made up of cells that strangle out healthy cells because of their fast, unchecked growth. Curcumin is able to keep the cells of the gut behaving in an acceptable manner, so to speak, because it impedes cancer growth in those three major ways. A 2010 review of studies and literature on the anti-carcinogenic properties of curcumin finds that the compound has demonstrated many chemopreventative properties in cell structures, animal models, and human investigations and the lack of toxicity coupled with the benefits makes larger studies compelling.

Curcumin in the form of turmeric has been used in many cultures for treatment of various diseases for hundreds of years. The effectiveness of curcumin as a treatment for problems ranging from reducing the symptoms of arthritis to treating staph infections has long been documented in some ancient cultures. In recent years, studies have taken off and doubled down based on the anti-inflammatory properties turmeric has been found to have. The benefits of turmeric have ranged far beyond anecdotal evidence and have been backed up by research in study after study. Turmeric is rich in anti-oxidative properties that protect cells from damage and mutation. It is this protective element of curcumin that makes it such a strong ally in the fight against colorectal cancer. Not only does it help prevent colorectal cancer from forming to begin with, but it has the unique ability to actually fight cancer once it HAS developed.

Our bodies are strongly impacted by the things we do to it. The immediate environment we live in and the internal environment of our bodies have a direct impact on our health and well-being. Fueling our bodies with foods that are rich in cell-nourishing elements and disease-fighting compounds go a long way toward keeping us leading the healthiest, happiest lives possible.