Why You Should Stay Away From Aspartame - Karen Berrios
FacebookPinterestYoutubeInstagram 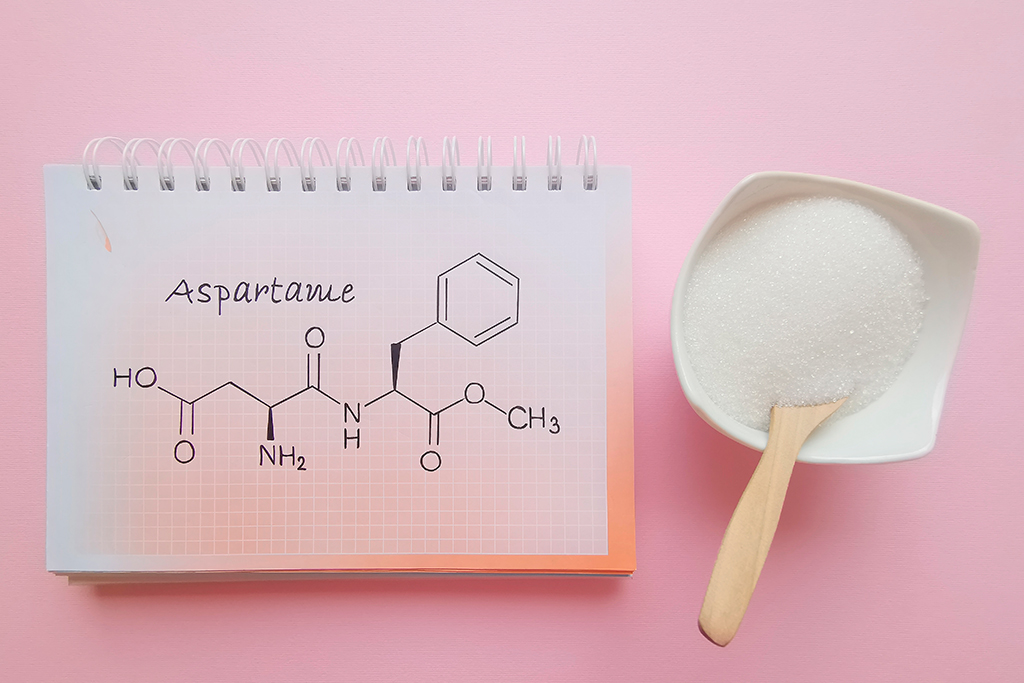 Aspartame is a popular low calorie sweetener. It is all over in breads, gum, sodas, yogurts, candies… just to name a few! Many companies and corporations do their best to make us feel safe when consuming aspartame but the reality is that it is not good for us.

It is beyond me why it is so popular when there are so many expert opinions out there and science that leads us to the notion that aspartame can wreak havoc on our health. Especially when it is consumed in large quantities or for a long time.

Do not feel bad if you yourself have consumed aspartame and thought nothing of it- it is our food system that has convinced us that GMOs and modified/processed foods are okay. The health administration will declare something as the truth and we are conditioned to believe it. But just know, it is so easy to replace should you decide you no longer want it in your diet. I always like to offer a solution!

So let’s get into it!

Exactly what is Aspartame?

Aspartame is an artificial sweetener, it also goes by the names of Nutrasweet or Equal. It is a sugar substitute, it’s a food attentive or flavor enhancer. Many food packages that we see labeled as sugar-free, calorie-free, or “zero” use aspartame or a sugar substitute like it.

People like it because it can potentially help with weight loss. Some claim it can help prevent tooth decay but the jury is out on that one.

Aspartame is 200 times sweeter than sugar. It is made in a laboratory. Surprisingly, gram for gram it is about the same in calories as regular sugar. But because it is so much sweeter than sugar, we don’t need to use as much in food.

There are reports of Aspartame coming from bacteria feces

Yuck! Did you know there was a European patent submitted where multiple methods of testing found E.Coli in Aspartame? Beyond that, there is a belief that it is actually made from waste products of E.Coli.

We actually knew this back in 1999 but the word was not widely spread- most likely due to aspartame’s maker, Monsanto.

When you look at the patent, you will see that it refers to cloned microorganisms which actually refers to genetically modified E.Coli.  This helps create aspartame.
Why is E.Coli bad? Scientific American magazine says this, “E. coli outbreaks hospitalize people and cause food recalls pretty much annually in the United States… When bacteria reach a critical mass in your body after you eat a contaminated food, they secrete these toxins as part of their strategy for finding a new host. The toxins enter the cells of your intestines, causing symptoms including low-grade fever, stomach cramps, diarrhea (often bloody) and vomiting.”

Aspartame may cause headaches

Artificial sweeteners have been linked to causing headaches. What’s tough is that science can’t exactly say why this is, but it has been documented as a “trigger” for many people. In a study of 171 people, 8.7% said they could directly link their headaches to aspartame. The biggest factor was alcohol, but the fact that the two are lumped together is alarming.

One study says that some people are extra susceptible to aspartame headaches, while others feel no implication of a headache at all after consuming. 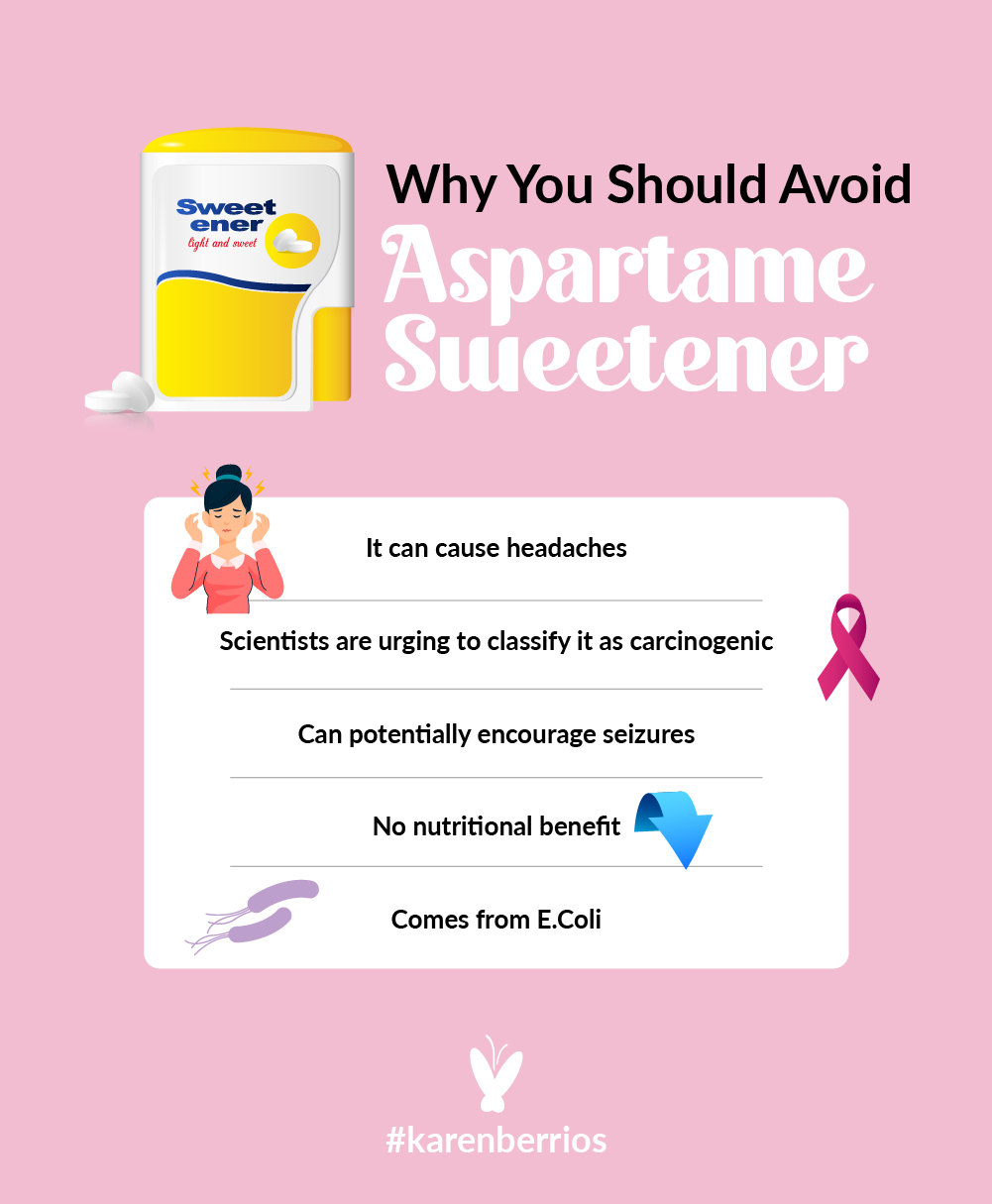 Aspartame may cause cancer

It’s wild how the FDA almost seems to recommend aspartame.

Aspartame is carcinogenic. It is a toxin. We need to be concerned about this. I don’t say be fearful, because now and then having it won’t hurt you, but in large quantities, it can start to harm your body.

A carcinogen can be any substance or radiation that encourages the formation of cancer. How does it do this? By damaging the genome or harming the cellular metabolic processes.

There have even been calls to action from scientists who are urging the FDA and food giants to reclassify how they view aspartame due to some of the potential underlying dangers.

Aspartame may cause seizures

There was a doctor by the name of Dr. Alan Gaby, who had written a report in the Alternative Medicine Review back in 2007. He said that aspartame may be a seizure trigger for some. He also said that we should evaluate aspartame in cases of seizure management.

If you read the forums on Epilepsy.com, you can see a bunch of people chiming in warning against the use of aspartame. All of them expressing frustration that Western Medicine does not share their stance (again, FDA saying that aspartame is okay!)

We still have a long way to go. Scientists have at least mentioned in some regards that more research is needed as they themselves suspect a connection between Neurophysiological symptoms and aspartame.

I for one would choose white table sugar over aspartame any day. But even so, it would be rare that you see me choose white table sugar. Our society has an obsession with everything sweet. While I believe we need to tame our sugar cravings and restructure our brain to crave fruits and vegetables (more plants, always!) I do understand that there are better alternatives out there, many that have their own benefits!

Here is a list of my favorite alternative sweeteners:

Of course, these are higher in calories, but they are also higher in nutrients and that is what matters.

Where are you at with diet products? Are you a soda drinker? Have you noticed a large amount of aspartame in your food products?