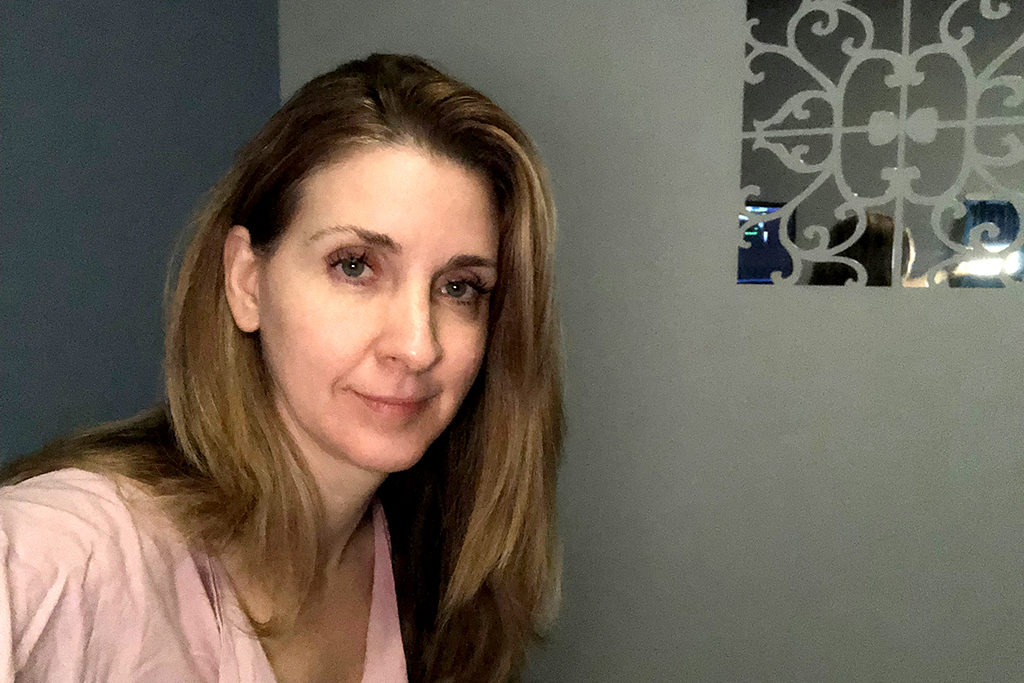 Last Thursday morning I was scheduled to get an ultrasound for a follow-up imaging of my thyroid. My last scan was done in May 2018, and at the time everything looked stable. If you’ve been diagnosed with cancer you can probably understand how dreadful it is to go to those follow-up scannings. The emotional ride that we go on is ridiculous and I hate it every time. However, this time was a bit different because I had been feeling some symptoms that caused concern with my doctors and myself. It is almost comical to share with you what I go through mentally every time I feel something in my body. First thought goes to did it spread? are these new symptoms because the cancer is growing, spreading, etc? Ugh!!! It is so exhausting, to say the least.

The dreaded day came, my 7:30 am appointment was finally here, and I barely had time to change my PJs send my kids off to school and go. They were going to check my entire neck, thyroid, breast, armpits, it was going to be a gathering I couldn’t miss as I was the vip guest of the party!

Even before my appointment date, the imaging center insisted I needed to get a mammogram which I refused. As I arrived at my appointment the receptionist pretty much led me to say “I am declining the mammogram scanning correct?” Yes, ma’am… I said! A few minutes later I was called into my very own private scanning room where the technician proceeded to ask a few basic questions to get us started. As I was laying there going thru the motions, negative thoughts would want to invade my space. I had to be so intentional and work hard to drop them to replace them with thoughts that brought comfort and peace. I would imagine walking on the beach feeling the warm sand on my feet and admiring the beautiful turquoise ocean water. I would also imagine Jesus walking next to me, holding my arm as we stroll down the beach. Somehow the handheld device pressing on my neck lost its grip, fear and anxiety had left the room.

Once the technician completed the exam she asked if the diagnosis had been confirmed by biopsy I nodded as I said yes. I thought it was strange for her to ask but she proceeded to exit the room and told me she wanted to check with Dr. Radiologist if the images were good. This act was very unusual, and as you can imagine this put me back into anxiety mode. A few minutes later, Dr. Radiologist walks in the room and proceeds to ask me multiple questions. She began to lecture me on why I needed to get a mammogram. I remained respectful and listened to her 10-minute speech but when she concluded her presentation with “I hope you make a sensible decision” and that’s when I lost it and I broke into laughter. I guess it was a burst of nervous laughter.

I understand that they follow protocols and they want to protect themselves from lawsuits, etc. But I can’t get over how pushy they were for me to have a test I refuse to do. Any patient’s well-being and state of mind are fragile with any cancer diagnosis. I wish the medical industry would take this into consideration and stop using fear to push people into following their protocols which sometimes don’t make sense.

Unfortunately, human compassion has seemed to vanish from our medical community. I know there are many terrific, dedicated, well-intended doctors and nurses that really care for the patient’s well-being. However, I believe they’re victims of a broken medical system that is primarily driven by greed and money. How can this happen? Where is our humanity headed? What drives people to get up every morning and do on to others what they wish they would never have to face themselves? ….. But, Who Am I to judge?

Although my doctor had ordered a breast ultrasound the imaging center refused it because they thought it was best to do a mammogram as per their protocol. I walked out feeling scared, angry and disappointed. I then decided to go on defense mode to tackle what I was feeling. I went on with I don’t care what happens we are all going to die anyway and I WILL NOT submit myself to fear. I chose right in there to let it go, stay in the moment and partner with the idea to live life to the fullest whatever that looks like for me. It is very hard to explain but the grip of fear faded at that very moment when I chose to let it go. I felt a strong sense of freedom as I drove away from this experience.

Results just came back, and my doctor says it is remarkable how in 5 years the tumor hasn’t grown, it actually has shrunk. Tumor markers are in the normal range and everything looks stable. Although the system may resist this possibility, 5 years since diagnosis with no conventional treatment of any kind. My intent was never to defied the medical system, but rather to have the freedom to heal as my body led me to do so. I chose to be in charge of my health and partner with doctors, healers that are intelligent, equipped, and humble to walk with me in my journey. Guiding my steps so I can make the best decision for me.

I know my God gave me a promise and He is FAITHFUL!

Power Thought: Just like David the shepherd boy, it is up to YOU to move forward, pick up the stones, and face your giant.